Member of the Royal College of Physicians (UK) in Neurology

Member of the Royal College of Surgeons of England

Fellow of the Higher Education Academy

Fellow of the European Board of Neurology 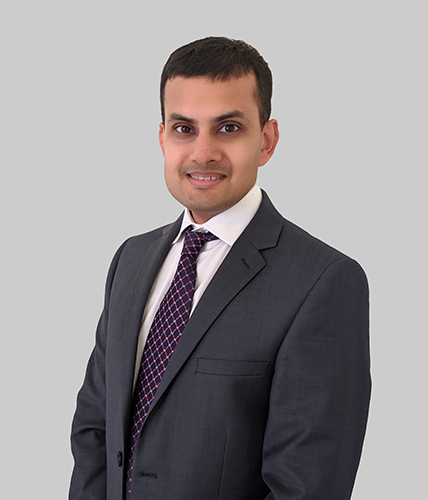 Krishna Chinthapalli graduated in Medicine from Imperial College London and completed a PhD in Neuroscience at University College London. He is a Consultant Neurologist at Wexham Park Hospital, the Chalfont Centre for Epilepsy and the National Hospital for Neurology & Neurosurgery, Queen Square. He sees people with all neurological conditions and has a particular interest in headaches and seizures.

Most people have suffered from headaches and one in twenty people suffer from chronic severe headaches, yet few receive a correct diagnosis and even fewer receive appropriate therapies to treat their headache. Migraine is the commonest cause of severe headaches and treatment may require a combination of lifestyle changes, acute medications and preventative measures. Only a minority of migraine patients take appropriate medicines. Other causes of headache or facial pain include cluster headaches, tension-type headaches, trigeminal neuralgia and primary stabbing headaches. Some headaches may require further tests including blood tests and an MRI scan.

Krishna is trained in advanced treatments for headaches including injections and is a member of the British Association for the Study of Headache.

Dizziness, unsteadiness, vertigo and light-headedness are often very hard to describe. The most serious disease causing dizziness is a stroke but there are many other brain disorders that can also cause this. In addition, dizziness can be due to irregular heart rhythms, blood pressure changes, or inner ear disorders. Neurologists can help narrow down the cause with a careful understanding of the symptoms, thorough examination and investigations.

About one in twenty people will have a seizure in their lifetime. Seizures can cause serious injury or death and repeated seizures (known as epilepsy) have life-changing implications for work, family life and driving. With prompt and accurate diagnosis and treatment, the majority of people with epilepsy will have no further seizures.

Krishna runs a weekly specialist epilepsy clinic and sees patients who have been referred from across the country. He has extensively published in the field of epilepsy research and teaches other neurologists about epilepsy regularly.

Muscle movement is the consequence of an intricate series of steps starting in the brain with electrical signals passed down the spinal cord and into nerves. The nerves form a junction in the muscle and send chemical signals to make it move. Weakness can be caused by diseases in any part of this pathway from the brain to muscles themselves. Neurologists treat people with any of the wide range of conditions causing weakness.

Krishna was part of the team that developed the National Institute for Health and Care Excellence (NICE) guideline for one condition, multiple sclerosis, which causes weakness.

Tremor is one of the most common disorders of movement. It can affect the head, mouth, hands or legs. It can be caused by drugs (such as caffeine), anxiety, Parkinson’s disease, or other medical and neurological conditions. Other brain disorders can lead to stiffness, unsteadiness, involuntary postures (such as writer’s cramp), twitches and jerking.

Almost half of adults find that excessive sleepiness affects their daytime function at least once a month. Usually this may be due to insufficient sleep at night. In some people, it may be due to poor quality of sleep because of abnormal movements or breathing at night. In others, a part of the brain responsible for our sleep rhythm may cause diseases such as narcolepsy or sleep phase disorder. Treatments are available for many of these conditions.

Krishna has written about the importance of sleep medicine in the BMJ (British Medical Journal) here.

Memory loss is a frequent concern and half of people above the age of 40 years think that their memory is worsening. This may be due to normal aging and mild deterioration in the brain’s function. Sometimes, it may be due to a disease of the brain that stops it working as it should, such as a stroke or epilepsy. On other occasions, it may be due to dementia, which is more rapid memory loss than expected with decline in other aspects of thinking and behaviour too.